What are relative change signals?

Relative change signals detect when a value changes by a certain percentage or number relative to its earlier value.

An example of a relative change signal would be one that notifies your team when the value of an opportunity increases/decreases by 50% relative to its previous value. You can specify the change threshold as an absolute quantity or as a percentage.

The value of relative change signals

Previously, Troops could only detect when a certain field changed within a data source (e.g. Salesforce, Hubspot, Jira, Zendesk). Relative change signals allow you to be more targeted in deciding what is worth being notified about and what isn't — that's why this feature was a top request from Troops customers!

For example, your Customer Success team may not want to receive a signal every time the user count of one of their customers changes because some changes may be insignificant (e.g., adding a single new user).

Relative change signals allow your team to think strategically about what changes matter and require rapid action. Customers can now map Troops signals to specific thresholds that matter most to their initiatives and goals.

For example, let's say your Customer Support team has a goal to lift the NPS score of  a top account by a specific amount. The team can leverage relative change signals to update them on how they are tracking toward this goal as movements occur (e.g.,  when the account's NPS score changes by more than half a point).

Relative change signals allow for a level of granularity that should reduce the number of times Troops signals fire, as well as ensure that it's important when they do. This helps reduce "noise" for users and ensures that signals are valuable.

A wealth of new use cases

Relative change signals open up a ton of highly strategic use cases for our customer base,  many of them financial in nature, so your executive teams will appreciate them.

Here are a few examples of new use cases:

To start building your own relative change signals reach out to Troops support at support@troops.ai!

Meagan leads customer experience for Troops. She loves improving products to make customers happy and is an avid runner 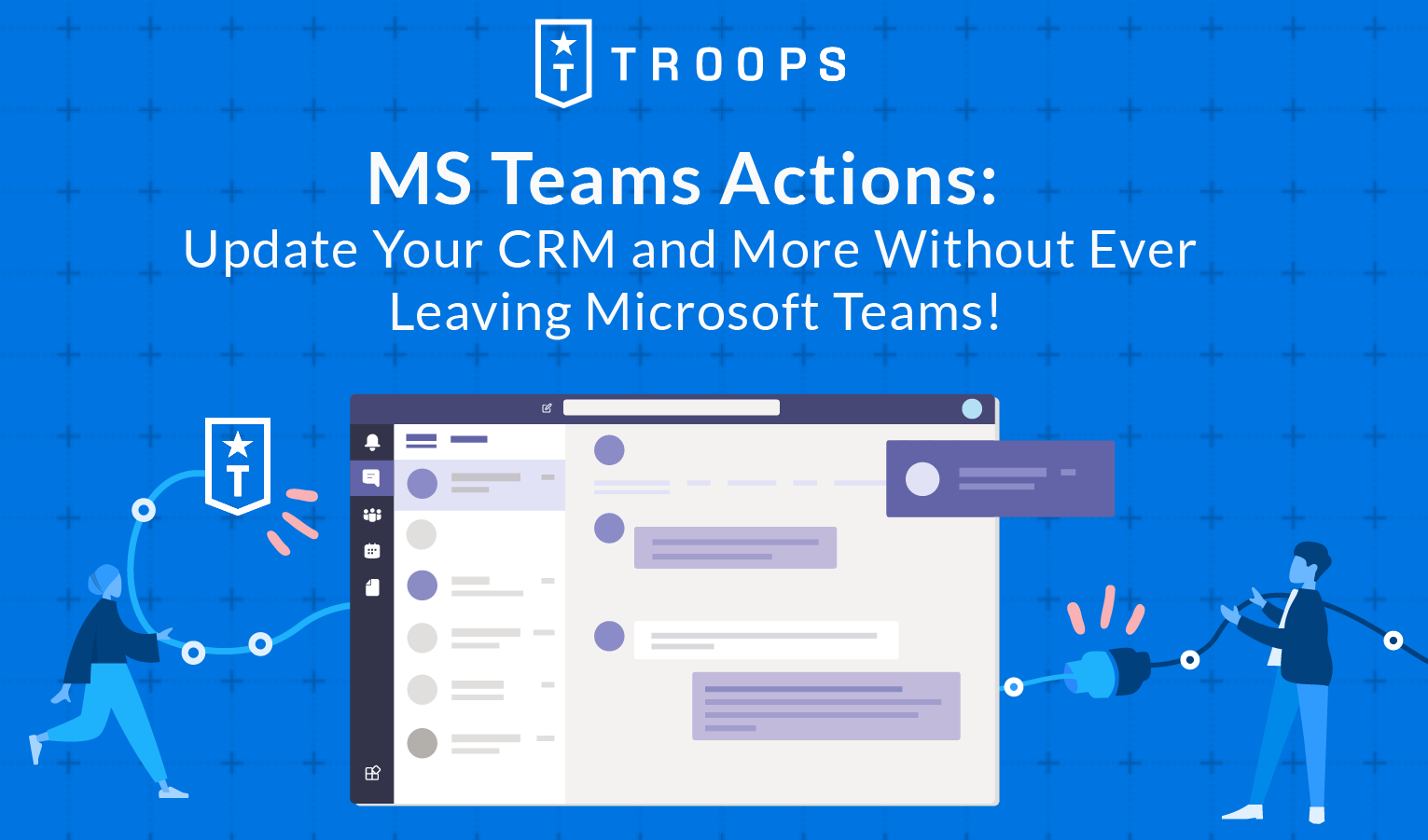 MS Teams Actions: Update Your CRM and More Without Ever Leaving Microsoft Teams!