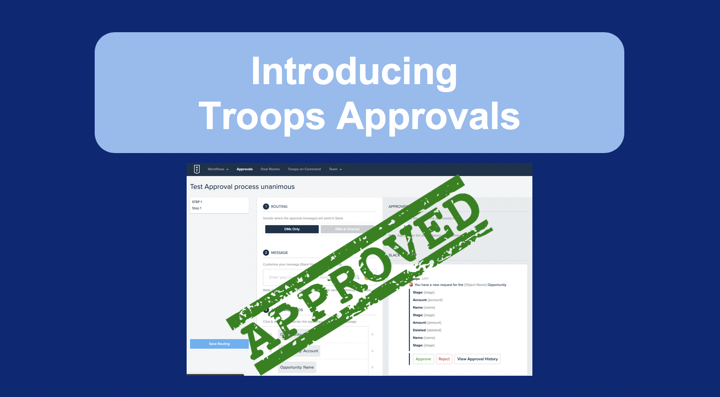 We created Troops Approvals so you can leverage your existing approval processes, right from Slack. Troops Approvals gets your Salesforce approvals moving faster, makes sure they reach the right people, and provides key decision-making context where needed.

With Troops Approvals, you can:

As you get started, check out these key features: 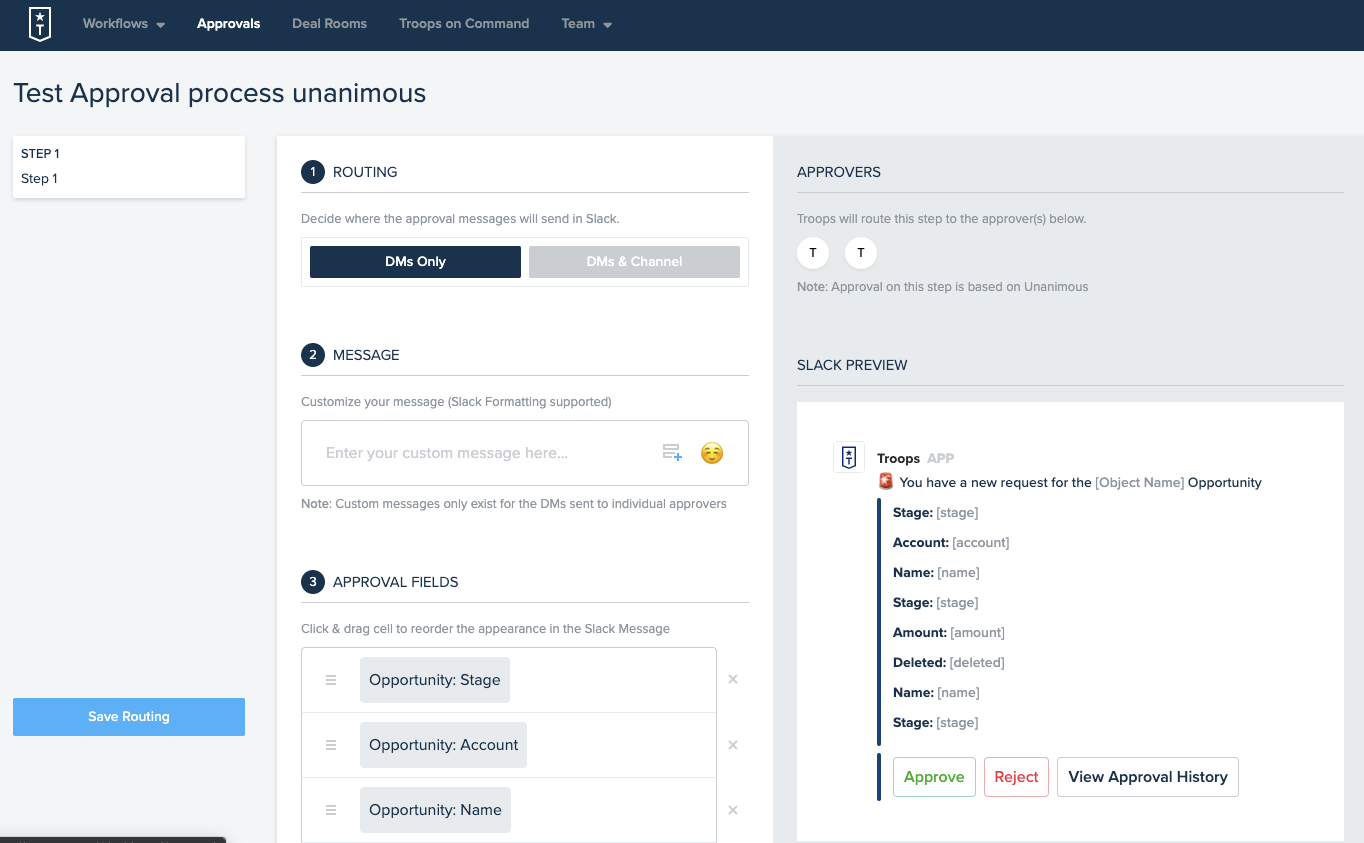 /troops-approvals Command (for ongoing, pending and completed approvals) for Submitters and Approvers

You can check out Troops Approvals now: We’ve opened it up for FREE for 30 days (ending November 20)! It takes less than two minutes to get your first approval process activated in Troops. Go here to get started.

New to Troops? Click here and we’ll give you a free demo. 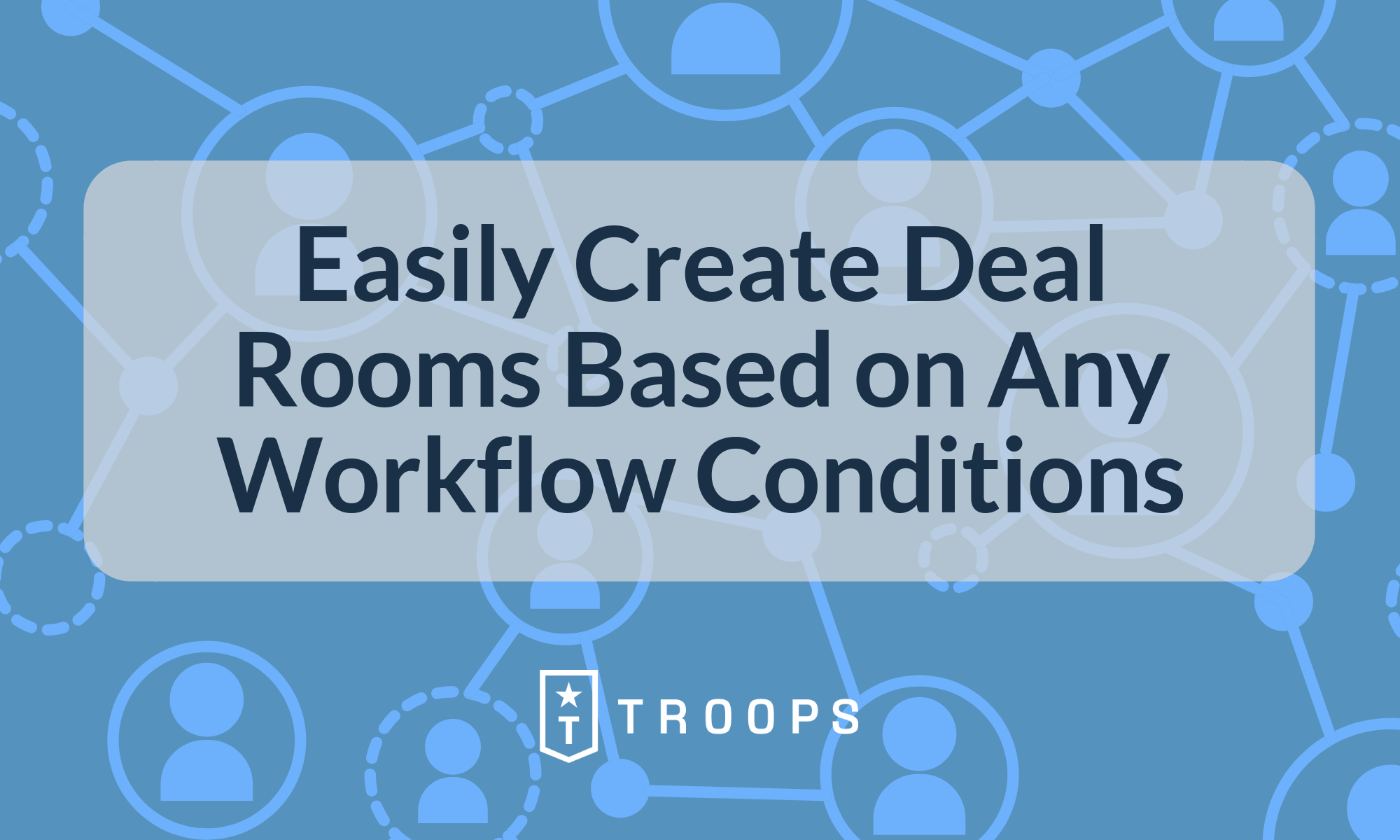 Easily Create Deal Rooms Based on Any Workflow Conditions 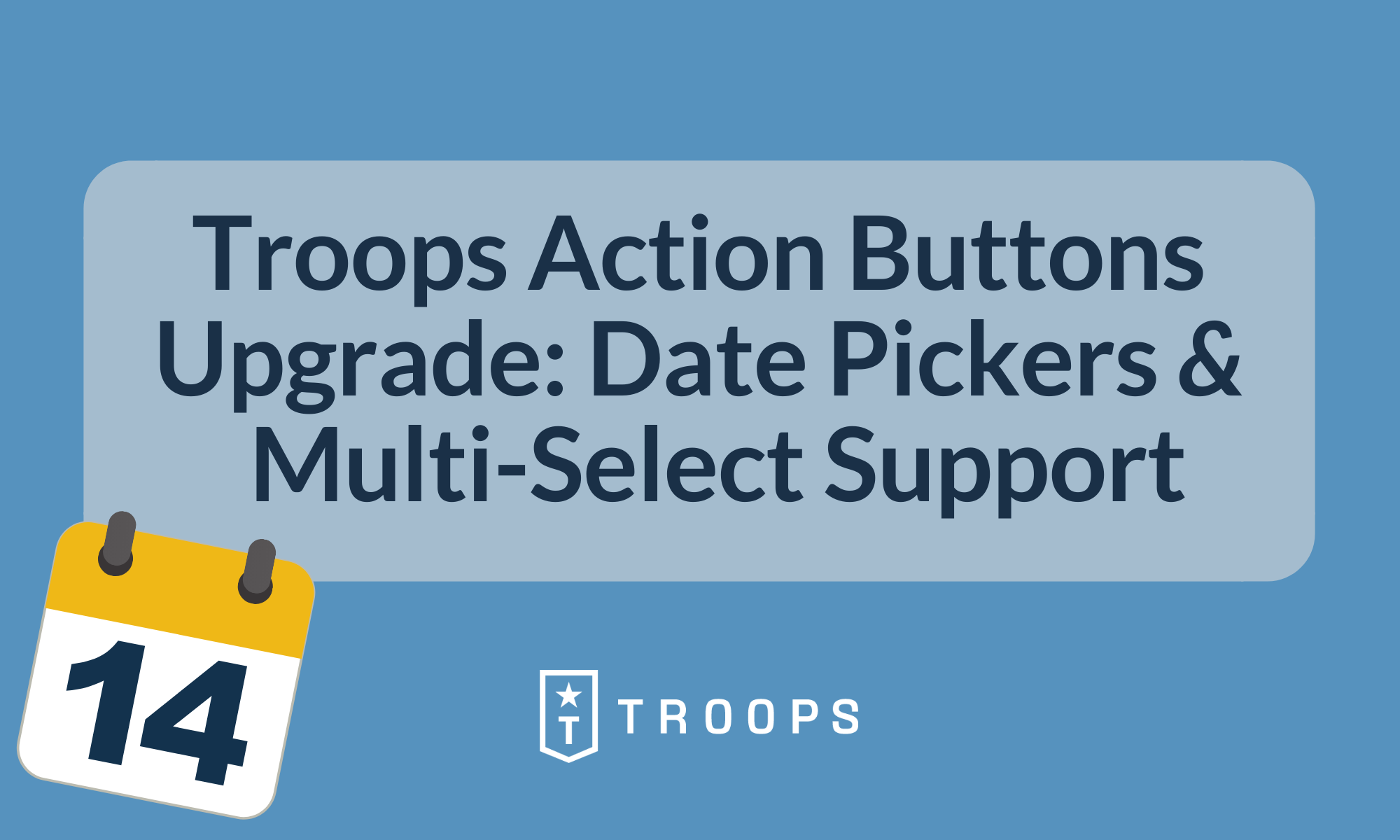