Salesforce acquiring Slack: Why that's a good thing for the future of work

"Did you see the news that Salesforce is acquiring Slack?"

I've been getting a lot of notes like this over the past few days.

It's no wonder: For the past five years, Troops has focused on helping some of the fastest-growing companies in the world, like Twilio, Shopify, Stripe, Andela, Cameo, Slack, and many more achieve their business objectives by—you guessed it—integrating Salesforce and Slack.

No doubt the sale will have an impact on our company. But the Salesforce-Slack deal is a signal that our vision of the future of work is becoming a reality. And Troops is in the perfect position to support more companies focusing on business growth through collaboration and data-driven communication.

When we started Troops, we had a vision for what the future of work should look like. We reimagined the relationship between enterprise software and the people using it, and we set out to build that vision. It was never about creating an “integration” per se. We believed there was a much more significant shift that was happening. Therefore, an entirely new class of software needed to be created, with altogether different thinking on what “enterprise software” and “workflows” meant.

We believed then, as we do now, the following from our very first blog post:

"At Troops, we fundamentally believe that the future of 'getting things done' is going to look a lot less like static fields and forms, and more like a conversation with a human being ... an intelligent one for that matter! Furthermore, we believe that messaging or conversation will be the de facto UI for a growing number of software applications. The 'bots,' or human-like inhabitants of these interfaces, will not only be highly responsive to real-time requests, seamlessly cutting out a myriad of clicks, but also able to intelligently suggest actions based on my process and workflow across all the tools I already use."

We realized that Salesforce had become the leading system of record for the vast majority of companies globally, and rightfully so. It's far and away the most comprehensive solution in the market and can support seemingly any business process and act as the system of truth for an organization. The sheer power that Salesforce has built up over the years also makes it harder for end users to interact.

We looked at the most popular and widely used products in the world. At the time, 6 of the top 10 most-used apps in the world were messaging apps, and it seemed like this behavior would invade work in a way we've never seen before. We believed more humans over time would converge on the most ubiquitous digital behavior on earth: messaging. Today, it's more apparent than ever that that's what's happening.

Products like Slack were becoming the new system of engagement for companies or the new operating systems for teams.

So it was not a surprise to us when Slack's growth played out as it did, to an ultimate listing as a publicly traded company. It was also not a surprise that Microsoft, the inventor of the operating system for the personal computer (PC), is now investing heavily in Microsoft Teams. Between the shift to cloud computing and collaboration mediums, Microsoft Teams is, in essence, the new Microsoft Operating System.

We believed then as we do now that these messaging and collaboration platforms would still need very deliberate and intelligent connectivity to the back-office systems powering companies. Messaging applications have become the engagement layer — where people interact with information — while your back-end systems are becoming more and more the data layer (the system of record) rather than a place where people want to log in to perform a growing set of tasks.

We saw an opportunity for a company to focus on that intersection between the two by integrating best-in-class enterprise messaging (system of engagement) with best-in-class CRM (system of record), and essential back-office systems that fuel organizations (other systems of record).

In 2019, Jerry Chen from Greylock called it the Systems of Intelligence and described a world where "technologies that can facilitate an intelligence layer across multiple data sources will be essential." We agree.

When we started building Troops, it was a new paradigm. People would ask us questions such as,“But can't I just log in to Salesforce to make updates?” and “Can't I get these alerts and reports in an email?”

Over time, companies have embraced the new way of working via collaboration tools like Slack. They realized that by bringing essential business processes to the natural workspaces that people were gravitating toward, they would deliver tremendous value to those employees and their organizations and create a step function in growth potential.

Some of our customers have seen an enormous return on investment from adopting this approach, with successes such as the following:

In this world, connectivity between systems maximizes investments and adoption, increases productivity and visibility across the organization, and decreases the cost and overhead to manage them. It is truly a 1+1 = 3, 4, 5, equation. We know it because our customers tell us as much:

The human-first intersection between messaging and back-end business systems is a new paradigm that requires deep focus and thinking around the crossroads between these two worlds.

However, the reality is that this is still a very new paradigm, and, as I mentioned earlier, it is not at all about a basic set of connectors. It is still not all that obvious to many people. We still get questions like, “But can't I just do this with {insert iPaaS product}?” and “Can't I already do this with native integrations?”

Many people are looking at this problem through the lens of connecting system to system, for example, connecting Salesforce and Slack through tools like iPaaS or native integrations. But having done this long enough, we believe the critical piece of value is connecting data in systems to humans within your workforce.

When we investigated the landscape, many solutions helped companies move data from database A to database B and so on. But even then, we'd ask, "And then what?"

It's great that data is living in all of these places, but are the people accessing and using it correctly to do their jobs? There was still a gap in the last mile that sits between data and human execution.

This gap is where we have chosen to play: getting the right information, at the right time, to the right person — where they are — and in a way that is actionable for specific processes that people need to execute to do their jobs throughout the day.

This Troops signal is just one of the thousands of examples of how Troops captures and delivers critical information to end users:

A Troops signal to validate critical questions that both update data in Salesforce and provide more accurate forecasts.

Optimizing human-system relationships also means measuring workflows at the user level, managing them, and rolling them out at scale. Over time, this enables companies to build more intelligent workflows and even adapt to individual or team preferences instead of throwing boilerplate processes at people and hoping they stick.

The best companies recognize that the new world of work is not only about un-siloing information from back-end systems into company-wide workspaces; it's also about empowering their workforces to create these experiences at all levels of the organization autonomously, whether the user is a VP of sales who wants updates on deals versus their competitors, or an account executive who wants an easier way to update meeting notes.

We identified a glaring unmet need in the market: organizations needed to create and manage these experiences rapidly and efficiently as their business evolved.

We've seen firsthand what happens when people on the front lines are waiting for a sprint or two or three to get some update made to Salesforce for something as simple as an email alert. The market has already moved, and the game has already changed.

When we thought about making these solutions "as easy as using Amazon," we realized that we needed to design the back end in such a way that anyone, without any technical expertise, could go in to build, deploy, and manage these business processes. To accomplish this, workflows and automation needed to be codeless.

By lowering the barrier to entry to build and manage this automation, we would create more opportunities for individuals and businesses to create value.

Our theory has played out to be resoundingly true. We've seen several users and buyers who work with Troops get promoted because of their Troops rollout and its impact on the business. We expect to see more.

New jobs are emerging with titles such as "head of collaboration" for products like Slack, or "sales operations" for products like Salesforce. So, too, will a new category and discipline emerge—one that focuses on the intersection between where people are working and where business information is living and driving growth outcomes. We call it "revenue communications."

The intersection of these two worlds will be the most critical focus for companies because it solves problems across the board in an increasingly fragmented and now remote-work world:

"I'm so glad Troops is back up and running. I seriously think it is the best piece of software we have implemented in a long time." — Account Executive (end user) at a publicly traded payments company

“What does Salesforce acquiring Slack mean for Troops?”

All we can control is what we can control. To that end, our focus remains the same: delivering best-in-class solutions and outcomes for our customers so they can grow and win. We will continue to help our customers "have a higher IQ about their business."

Having done this work for over five years, we know what customers need and want, whether or not they ask for it. And so our mission will be to continue to deliver these outcomes by pushing our product and solutions forward and by continuing to stay ahead of the curve, acting as the central nervous system between your messaging applications and your go-to-market systems of record.

If you are a customer and want to learn more about our road map, thank you for joining us early on the ride. And please reach out to set up a time to learn about our new Revenue Communications Platform (which supports other systems of record, like HubSpot, Zendesk, Intercom, and Jira, as well as the Microsoft Teams messaging platform—and we have a lot more coming!).

If you are not a customer and would like to learn more, please get in touch. We'd be delighted to show you this new future and tell you how we can help. 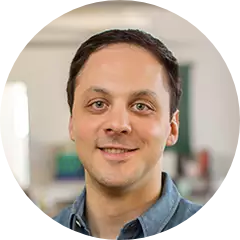 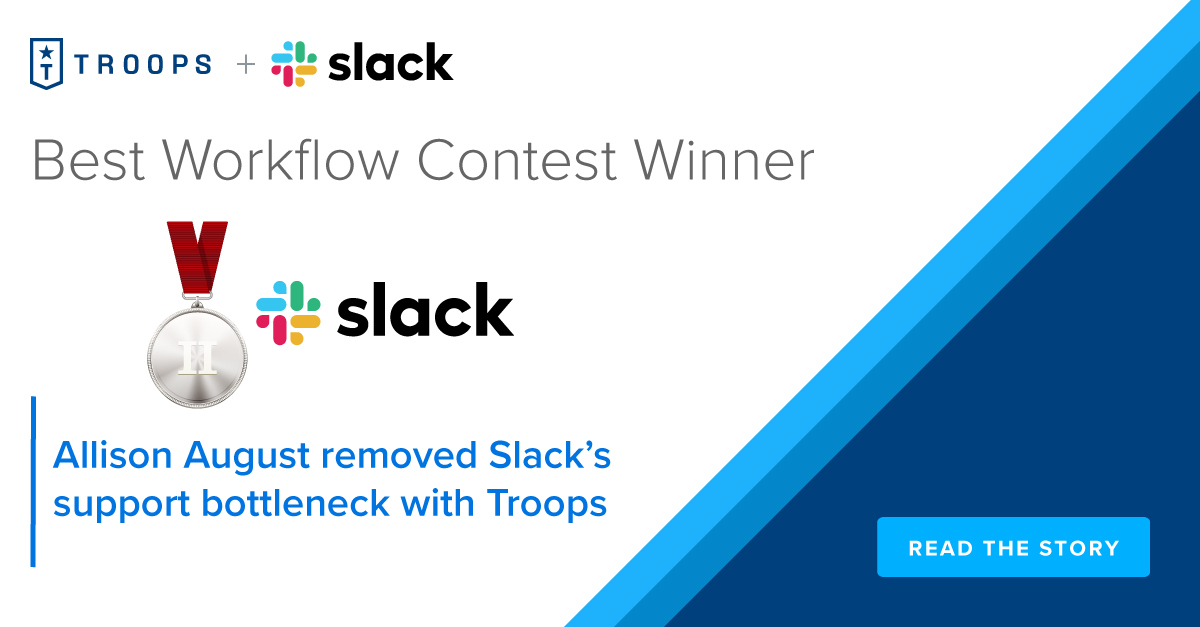 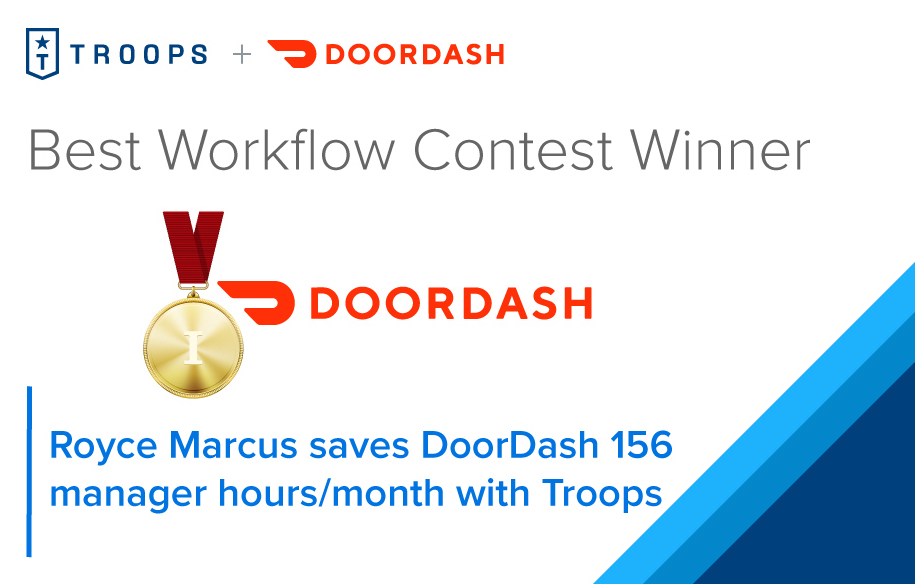