"The amount of Salesforce notifications emails and unnecessary reply-alls was getting out of control."

Like a lot of companies, for a long time Mike & his team used email notifications to stay on top of things happening in Salesforce...like when someone closed a deal or assigned an account.

*We'll going to go in more detail below, but in case you want to know what happened you can check out the results here:

Mike was frustrated because it seemed that almost 10% of his inbox was notifications from Salesforce accompanied by unnecessary reply-all emails they incited.

Having this in the same place he was trying to talk to customers was incredibly distracting.

"What if we could get these notifications in Slack? Our team was spending a ton of time there anyways."

Shortly after they found Troops, which makes it easy to centralize Salesforce workflow directly into Slack whether that’s notifications, reports, or updating your CRM.

The first place the team started was transitioning their closed-won notifications into opt-in Slack channels.

This way anyone from the company could be a part of celebrating the wins, whether they wanted to join in on the fun real-time or at the end of the day. 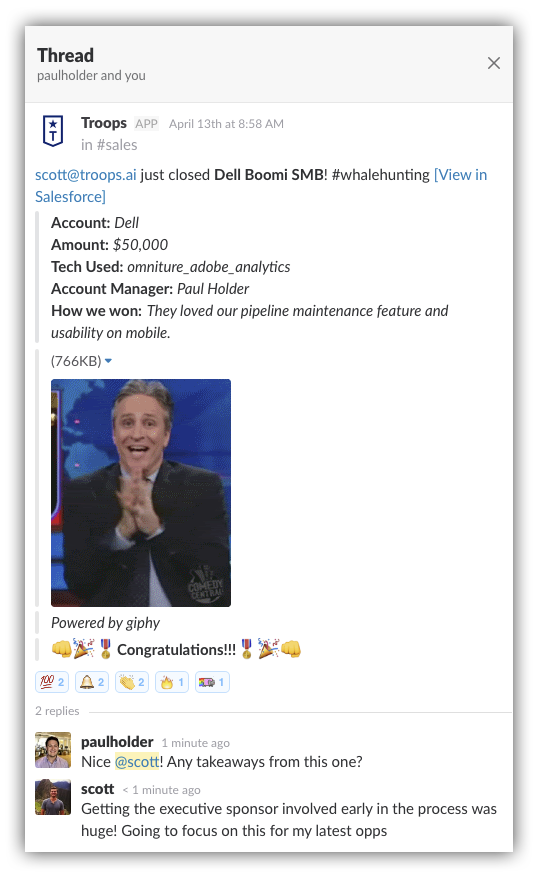 "I probably have 10% less noise in my inbox now which makes it easier to focus on revenue generating activities. The team also loves the gifs!"

Mike and the team were pumped.

The early response to the sales gong got the team thinking...

"We should set up some notifications to see other team milestones."

In fact, one of the challenges leadership had is seeing pipeline movement that needs their attention as it’s happening so they can step in if they need to.

A lot of times, they wouldn’t be notified of a coaching or help opportunity until the end of the week. At that point, it was often to late.

So they created a channel for leadership to show all pipeline movement as it happened using Troops Opp Stage notifications. This way they could view deal movement at any time in order to make sure they could step into when they needed to. 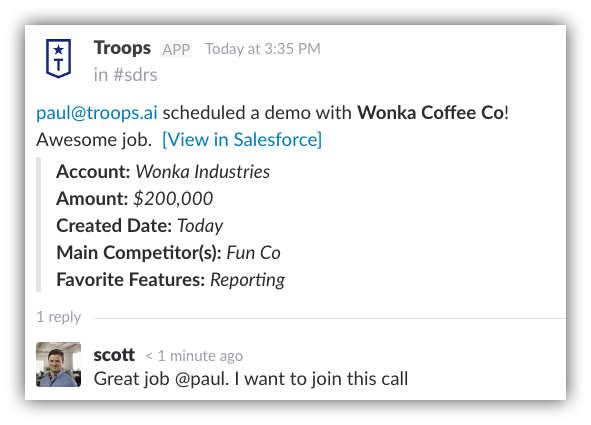 Since integrating this workflow, they’ve found that there’s at least 1-2 deals a week that requires immediate leadership attention that they can now see when they need to.

Being able to catch these has been huge and helped close a few deals they might have lost over the course of a year.

Using Troops to separate the place where they’re communicating with customers from where they are interacting with their team has increased team engagement & visibility while making it easier to be responsive to customers.

This is something you can set up for your team today in just a few minutes at Troops.ai! 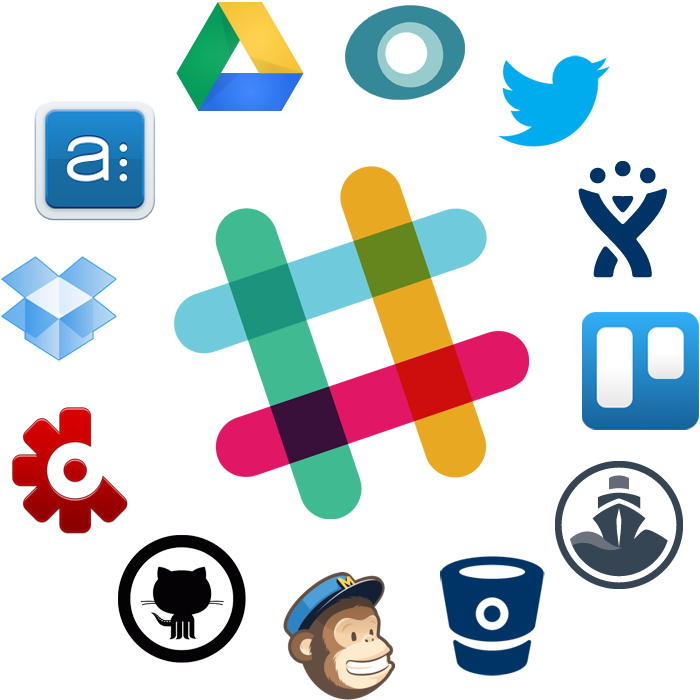 4 Slack Workflows That Can Help You Better Understand Customers 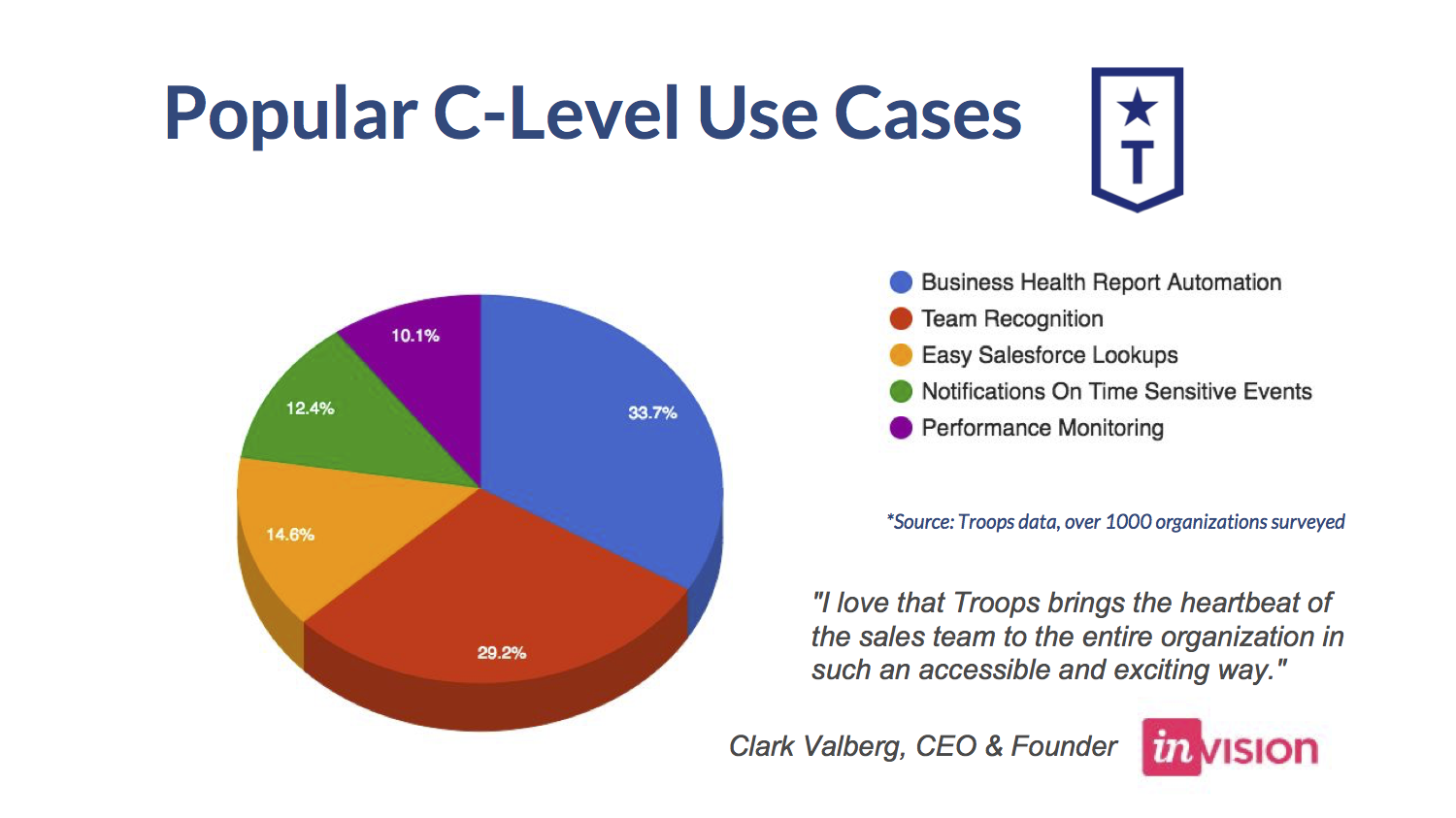 How The C-Suite Uses Troops.ai